Where Now for Burma? 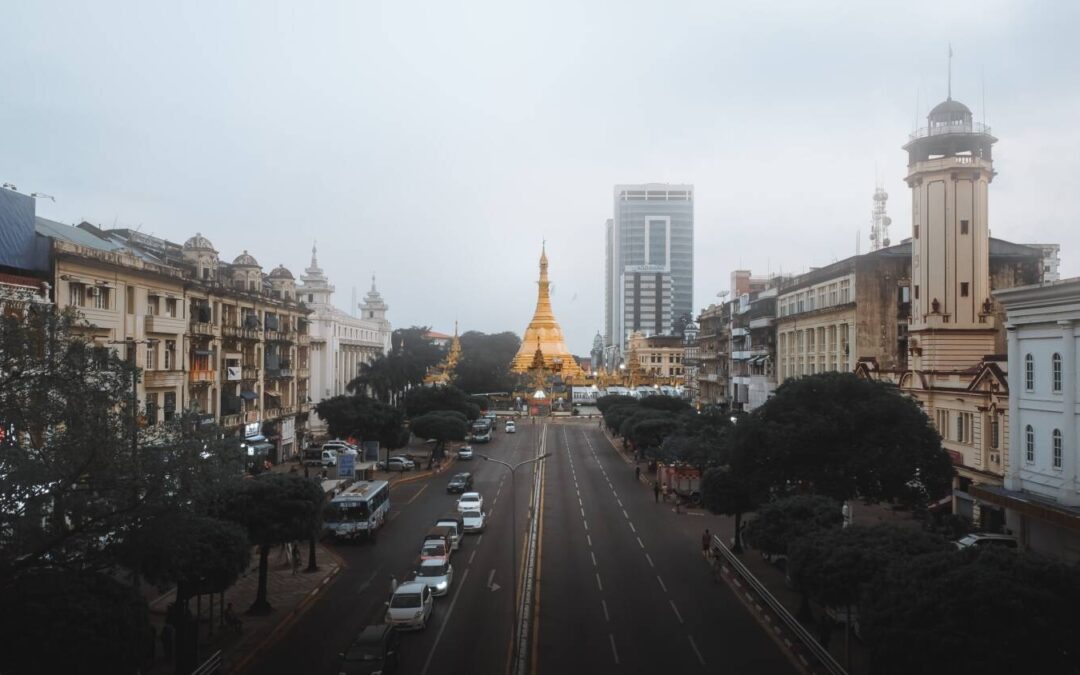 Below is an update on the situation on Burma from one of our elders who has been working there for a number of years. Please support the vital work of the church in Burma as they offer practical and spiritual support to their community, donations can be made on our Give page.

At the start of 2021 the people of Myanmar were looking forward to the continuation of the reforms that had transformed the nation for over a decade.  That all changed on the morning of 1st February when General Min Aung Hlaing staged another military coup d’état. Up until 2010 Myanmar, also known as Burma, had been ruled by an oppressive military dictatorship since 1962.  Then, the military leaders announced a change of direction and moved the nation towards a democratically elected government.  In 2015 the National League for Democracy (NLD) under the leadership of Aung San Suu Kyi won an overwhelming majority in the general election.  By this time the nation had opened up to the outside world, the economy was growing rapidly as many international companies started to invest in businesses in Myanmar.

In November 2020 the NLD won another overwhelming majority in the general election and the new parliament was due to be sworn in on 1st February.  The Burmese military, known as the Tatmadaw, stepped in and placed many of the NLD leadership, including Aung San Suu Kyi, under house arrest during the night and declared a state of emergency.  They took control citing that the November election had been fraudulent, despite there being no evidence to support this. The vast majority of the people of Burma protested on the streets despite coming under fire from military guns.  A civil disobedience movement (CDM) started and many of the people have basically gone on strike. Banks, government offices and health care have seen widespread closures across the nation.  The people are also boycotting the many businesses owned by the Tatmadaw.  Unlike normal militaries the Tatmadaw own many businesses including breweries, hotels, banks, airlines and have major involvement in the lucrative jade, ruby and teak industries.

Burma has for 70 years now had a history of military conflict between the primarily Buddhist Bamar military and the many ethnic minority groups within the country.  The minority groups were promised some autonomy after Burma gained independence in 1948 from Britain but this was not delivered.  Since then, civil wars have been on going, mainly in northern and eastern Burma.  The Tatmadaw have pursued a ruthless approach for containing this by aggressively attacking ethnic communities mainly in Kachin, Karen and Shan states.  More recently, atrocities were carried out against the Muslim Rohingya people who they do not recognise as having the right to live in Burma despite having been there for centuries in some cases.  This resulted in pushing a million people across the border into appalling refugee camps in neighbouring Bangladesh.  The common tactics adopted by the Tatmadaw is intimidation.  They attack settlements, firing indiscriminately, killing residents, looting and destroy properties, using sexual violence against women and forcefully re-locating the people who end up in large internally displaced people camps (IDPs).

Since 1st February over 1100 citizens have been killed by the military, including 75 children, 8000 have been detained, many of whom have died in custody.  The one aspect that has changed from previous protest movements in Burma is that the people now have the internet for communication which was not the case during the earlier protests.  The military have tried to stop this by implementing internet outages at certain times in certain locations.

In recent months there has been particularly heavy fighting in Chin State in western Burma.  The Chin people are primarily Christian and the Tatmadaw have a history discriminating against and targeting non-Buddhist minorities.  This has resulted in some towns in Chin State being cleared in the fighting between the military and the rebel groups from the People’s Defence Force (PDF) who are increasing in number as young Burmese have flocked to join up in order to be trained by experienced minority rebel groups.  In Chin State one of the first towns to experience the might of the military was Mindat when most of the population fled and had to live in the forests under tarpaulins in the cold and rain.  Many in Chin Sate have escaped across the border into neighbouring India. In September a young Christian pastor, Cung Biak Hum, was shot dead as he tried to help extinguish the fires set in his home town of Thantlang.

The conflict seems to show no sign of coming to a rapid conclusion.  The situation has been exasperated by the widespread Covid epidemic within Burma.  It is estimated that there are 230,00 people in IDP camps across the conflict areas, 3 million people are in need of food and other aid.  An alternative government, the National Unity Government (NUG) has been set up by NLD members and others including minority representation.  The NUG, who are effectively operating as an online government are campaigning internationally for more sanctions and pressure to be targeted against the military junta.  Many of our Christian friends in Myanmar are suffering due to the fighting and civil disobedience action.  They need support but in many cases the military are blocking aid getting through to those who need food and medical attention.  Therefore, at this time we at Buccleuch want to stand with our Christian brothers and sisters in Burma by providing support for them during this time of extreme suffering.

During this time some prophets came down from Jerusalem to Antioch.  One of them, named Agabus, stood up and through the Spirit predicted that a severe famine would spread over the entire Roman world. (This happened during the reign of Claudius.) The disciples, as each one was able, decided to provide help for the brothers and sisters living in Judea. This they did, sending their gift to the elders by Barnabas and Saul. Acts 11:27-30

You can donate now on our Give page, just choose Burma Appeal from the drop down menu ‘Where would you like to donate?’

This site uses Akismet to reduce spam. Learn how your comment data is processed.